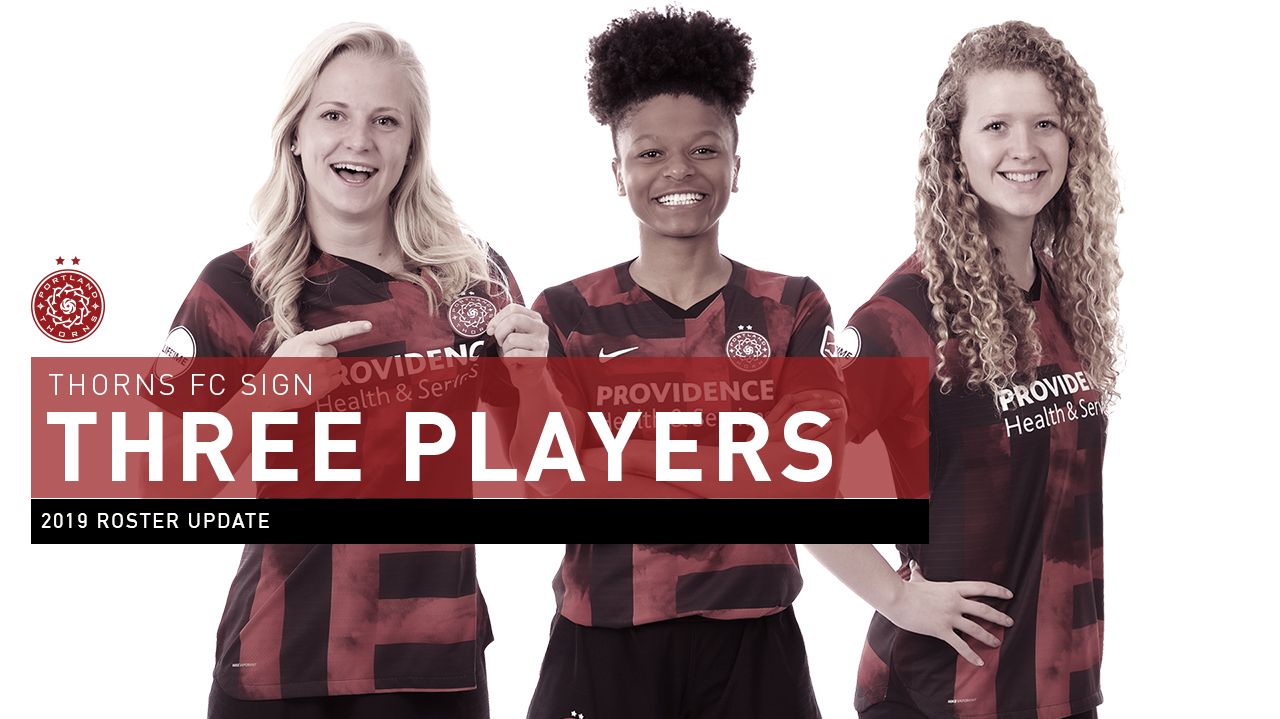 In addition, forward Hayley Raso has received her green card and will no longer occupy an international roster spot, while midfielders Andressinha and Angela Salem have been added to the active roster ahead of Portland’s match on the road against the Orlando Pride on May 11. Additionally, forwards Ifeoma Onumonu and Mallory Weber have been waived.

“We appreciate all of Ifeoma’s and Mallory’s contributions during their time with the club,” said Gavin Wilkinson, general manager and president of soccer for Thorns FC. “They have been terrific teammates and true professionals, and we wish both of them the best.”

Ogle, 22, was selected by Portland in the third round of the 2019 NWSL College Draft out of the Penn State University. In four seasons at Penn State, Ogle appeared in 100 career matches (100 starts), recording 20 goals and 21 assists, while helping lead the team to a NCAA National Championship in 2015. As a senior in 2018, Ogle started and played 25 games for the Nittany Lions, registering six goals and five assists while earning United Soccer Coaches second-team All-America honors, Big Ten Midfielder of the Year and first-team All-Big Ten accolades.

Pogarch, 21, played her final collegiate season at Rutgers University in 2018 after three seasons (2015-17) at Central Michigan University. As a senior at Rutgers in 2018, Pogarch started all 19 matches and was named third-team All-Big Ten, registering a pair of assists. In three seasons at CMU, Pogarch was a two-time All-Mid-American Conference performer, earning first-team All-MAC honors in 2017 and second-team All-MAC honors in 2016.

Originally selected by Thorns FC in the 2018 NWSL Dispersal Draft, Onumonu, 25, appeared in eight matches, making three starts with the club. Portland acquired Weber, 25, in a trade with the Western New York Flash ahead of the 2016 season. During her time with the club, Weber appeared in 45 matches (21 starts), tallying one goal.