Hartland’s Logan Tobel threw for two touchdowns and ran for another.

Source: Hartland explodes for 35 first-half points in rout of Northville 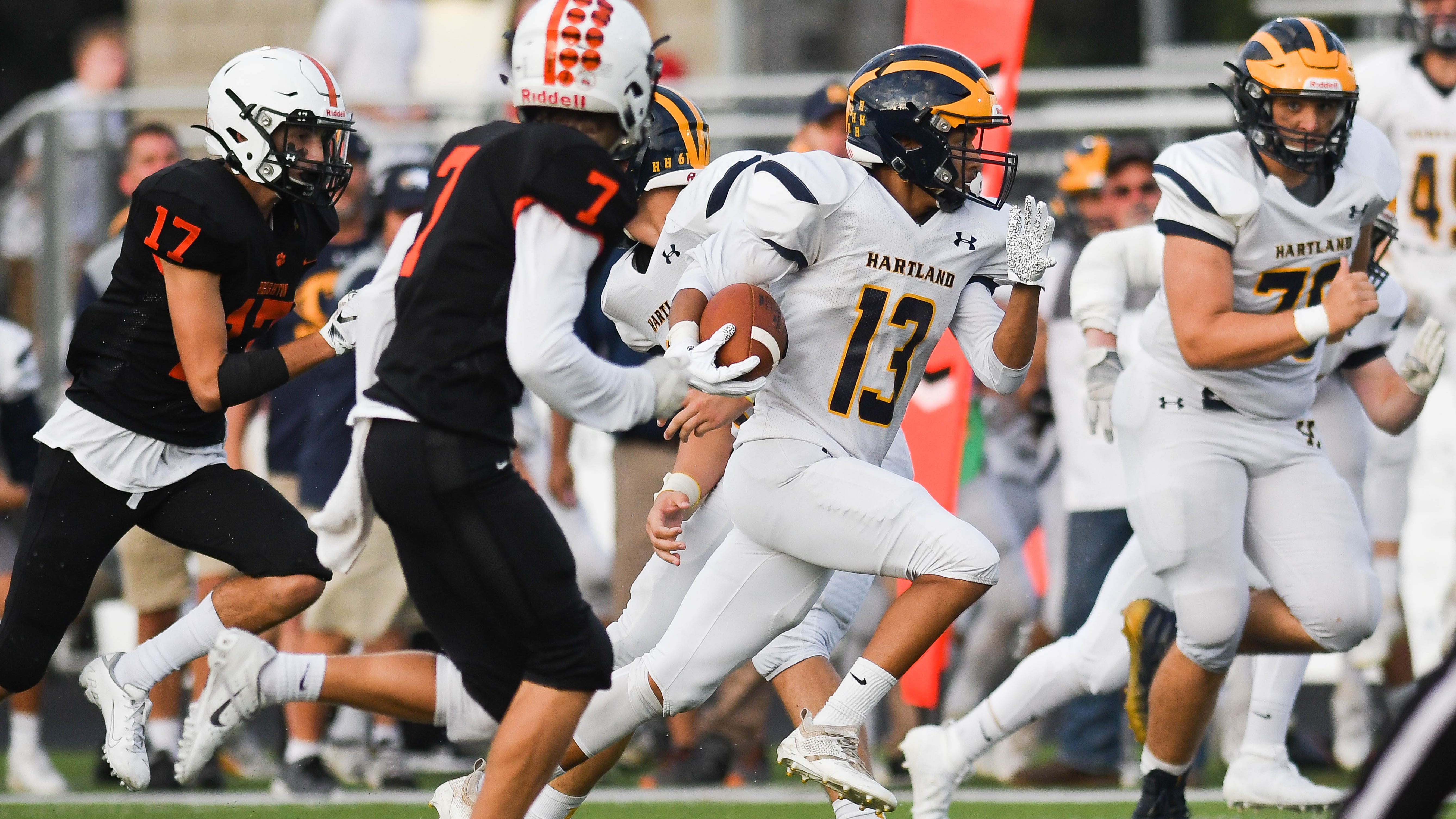 NORTHVILLE — Hartland put a football rivalry loss to Brighton in the rear-view mirror, erupting for 35 first-half points in a 35-7 victory over Northville Friday night.

It’s the second straight year that the Eagles have taken out their frustrations on Northville after losing to Brighton. The Eagles beat the Mustangs last year, 42-20, one week after a 28-10 loss to Brighton.

“We had a great week of practice,” Hartland coach Brian Savage said. “It showed tonight. We’ve got to continue that next week, as well.”

Hartland (2-2) faces its other Livingston County rival, Howell (2-2), at home next Friday.

Senior Logan Tobel, who has moved from receiver to quarterback this season because of Holden D’Arcy’s season-ending knee injury, continued to look comfortable behind center. He threw a 69-yard touchdown pass to Isaac Elmore to open the scoring with 9:04 left in the first quarter, then added a 40-yard touchdown run and 11-yard touchdown pass to Jason Hug. He also threw a 2-point conversion to Chase Ekonen.

“He played well,” Savage said. “He’s getting better. The team continues to get better, so that’s good to see. The defense played well tonight, kind of held them in check most of the game. We even got some other groups and other kids in and they did the same thing, so that was nice to see.”

Junior Charlie Anderson had touchdown runs of 8 and 13 yards for Hartland.