Three Hartland Bowling teams traveled to Battle Creek, Michigan for the annual Battle of the Bakers tournament at M-66 Bowl.  The snow and ice did not stop our bowlers from bringing the heat as the Varsity Boys team took second place and the Varsity Girls team took fourth place!  Great job, bowlers!

The Battle of the Bakers is always a challenging tournament as the lanes are not particularly forgiving, and this year was no exception.  The qualifying round consisted of twelve team baker games.  The field was then cut to eight for match play, where teams competed head to head, with the team winning two of three baker games moving on to the next round. 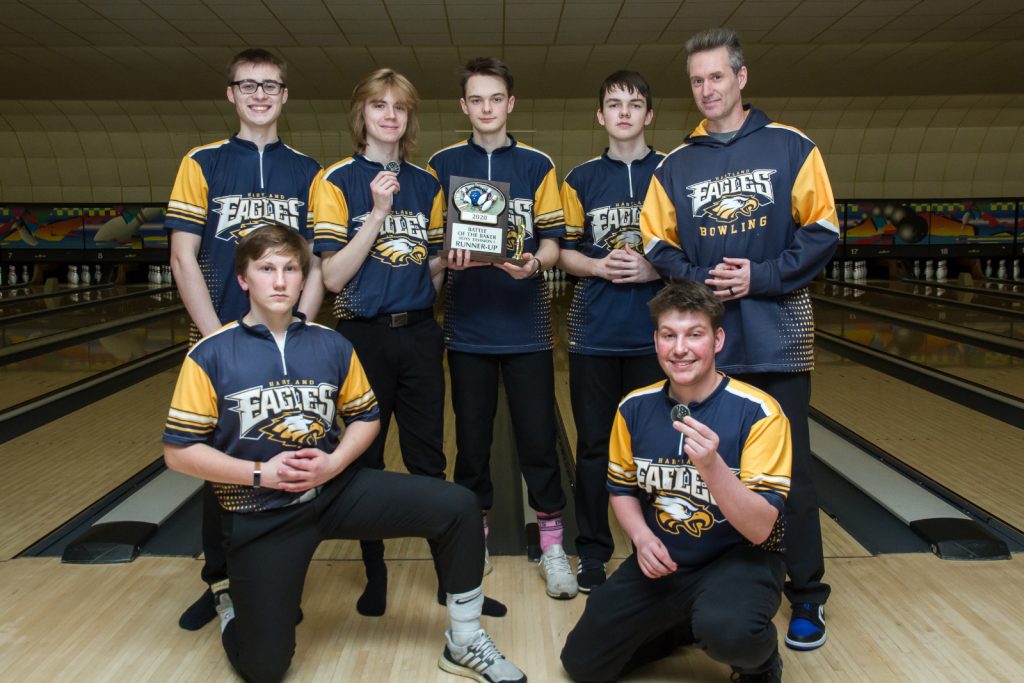 Twelve Varsity Boys teams competed, including two from Hartland.  Hartland 1 had a slow start but consistently improved and eventually qualified as third seed.  Their 12th baker game was a 224, the highest baker game in the qualifying round.  The JV Boys team entered the competition in the varsity bracket as Hartland 2, but despite a good effort, they did not move on after the qualifying round. 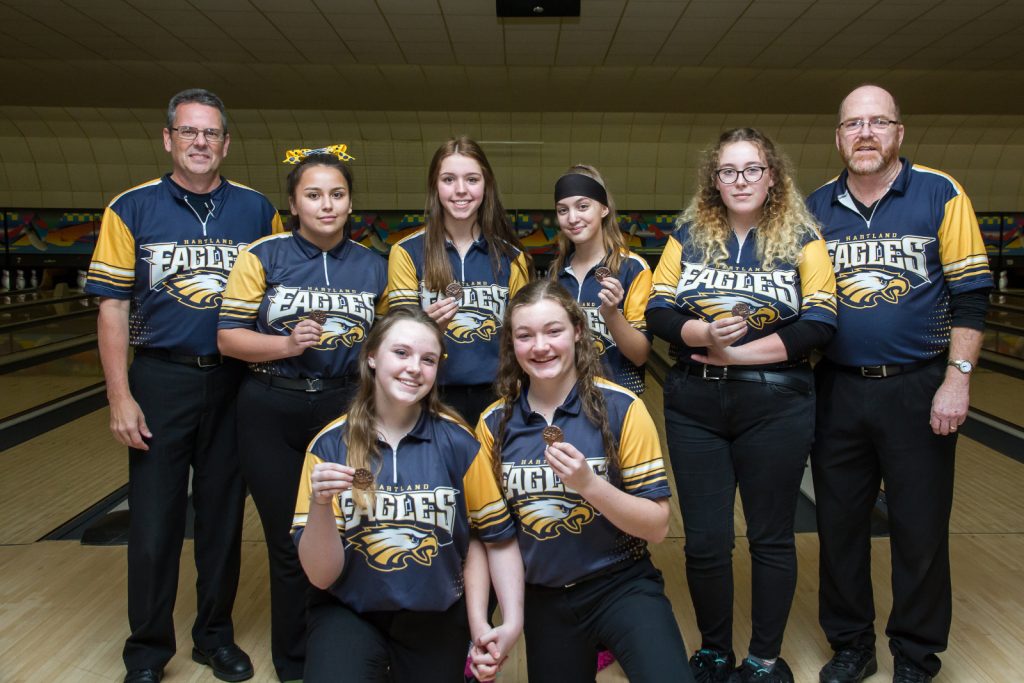 Nine Varsity Girls teams competed in their division.  Hartland qualified as fourth seed.  In round one they faced fifth seed Pennfield.  They only needed two games to send them home, winning 137-110 and 150-136.  In the next round, the team came up against first seed Coldwater.  Coldwater took the first game, 175-103, but Hartland knocked them back on their heels and won game two, 145-139.  Coldwater came back in game three, however, and won 169-143, sending Hartland to the consolation round.  In their final round, Hartland faced third seed Lakeland.  Hartland won game one, 140-120 but Lakeland took games two and three, 153-120 and 125-113, and Hartland took fourth overall.