Teams bowled three individual games.  Then, the field was cut to the top eight teams (total pinfall) who then bowled seven baker games.  The field was cut again to the top four teams (total pinfall) who then bowled head to head.  The Girls’ team faced tournament host and prior champ Kearsley in the final match, who repeated their win, and Hartland placed second. 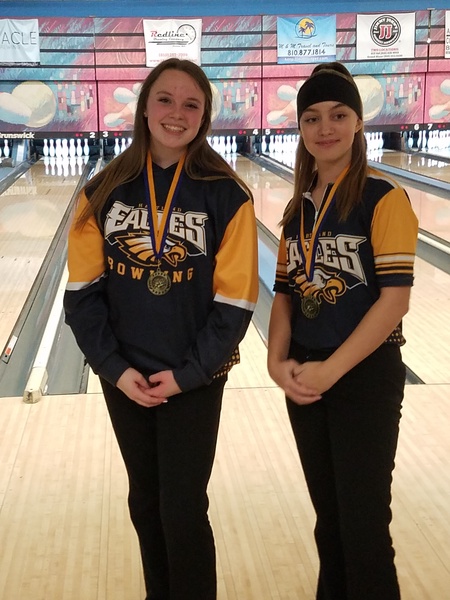 The top seven bowlers after the individual games received medals and were named to the All Tournament Team.  Haley Hebel came in 2nd with a 392 and Carlie Mitchell came in 4th with a 363.  The total was the best 2 games of their 3 game series for the day.  Way to go girls!