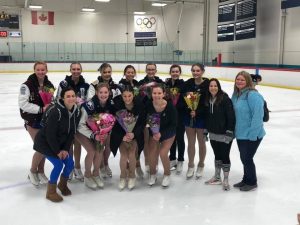 A team finished the regular season in 1st place, B team in 2nd place and C Team in 4th place.  Both A and B teams will be moving on to the State Championships which is March 28th and 29th, 2020 in Dearborn Michigan.