WORD Version of this Brochure

Hartland, MI is truly the Hartland of America, and our vision and commitment embodies the principles and values of superior service. As a business, we continue to evolve with the very fast-paced, changing industry that we specialize in, and we stand behind our cause to serve and understand our customer to the fullest potential. We are at your service, and the people, and families of Hartland, MI and the surrounding communities deserve the best. We offer the largest and best selection of departments and products in an upgraded facility that has the infrastructure and advanced technology to support our commitment to provide a positive buying experience that we are all proud of.

We model our business off of old-fashioned general stores and are dedicated to carrying the torch of our community forefathers – those who founded the Hartland of America that we all love and cherish as our home.

We are your neighbors. We are the people that want to earn your trust serve you. We are here to make a difference.

If you would like to support the Hartland Athletic Department by placing an advertisement on the website, and be the exclusive sponsor in your business segment on the site, please contact our website partner VNN’s local marketing specialist John Watson at 313-407-4415 or jwatson@vnnsports.net.

As we head into the 2017-2018 School year, Hartland Athletics is accepting new sponsors.  A variety of packages are available and are described below.  If you have any questions or would like to purchase a package, please contact our advertising coordinator, Rachael Wright (email: rachaelwright@hartlandschools.us )

The program package includes a business card ad in each season’s program .

Program – A business card ad in the sport(s) program of your chosen season, which is distributed at all of that season’s events.

Banner – Your banner will be displayed in the stadium or scrolling advertisement on our scoreboard in the gym for the winter season.

P.A. Announcements – Business name will be recognized, via the sound system during your chosen season.

Parking Pass – Premium parking in the lot s located directly behind the main grandstand at the stadium, for all home varsity football games (If fall is your chosen season).

$1 , 000.00 Program – The program package includes a business card ad in each season’s programs.

Banner – Your banner will be displayed outdoors during the fall & spring season s and on our digital scoreboard during the winter season.

P.A. Announcements – Business name will be recognized, via the sound system during fall & winter contests.

Parking Pass – Premium parking in the lot s located directly behind the main grandstand at the stadium, for all home varsity football games. 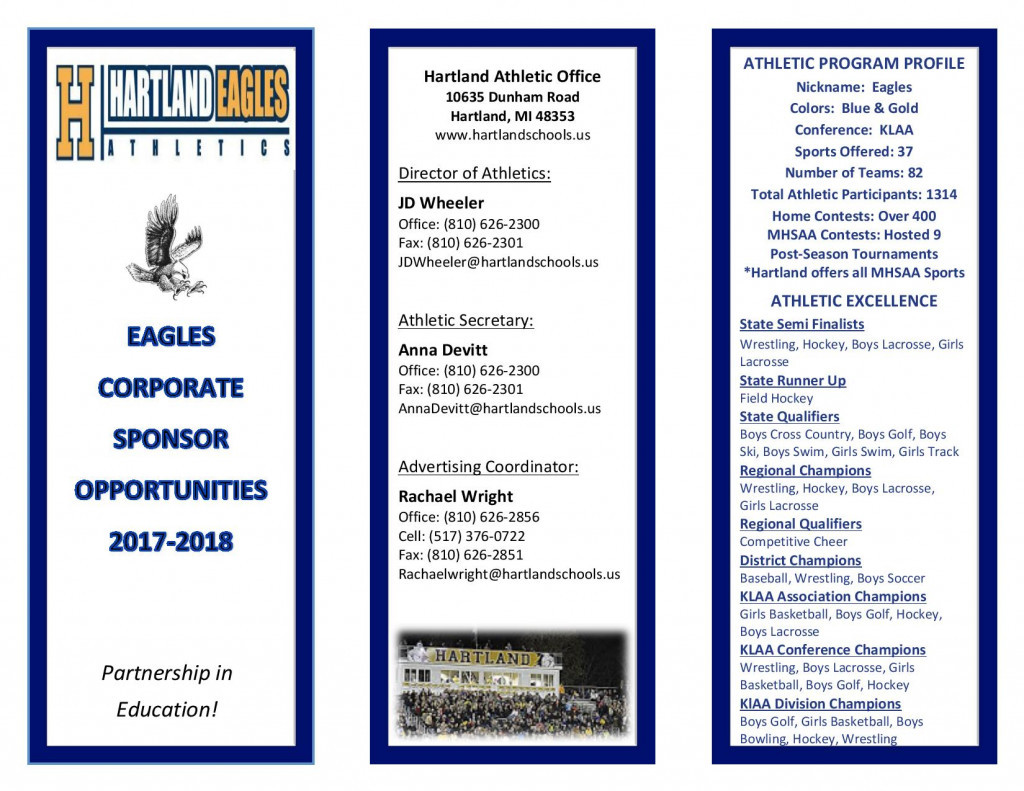 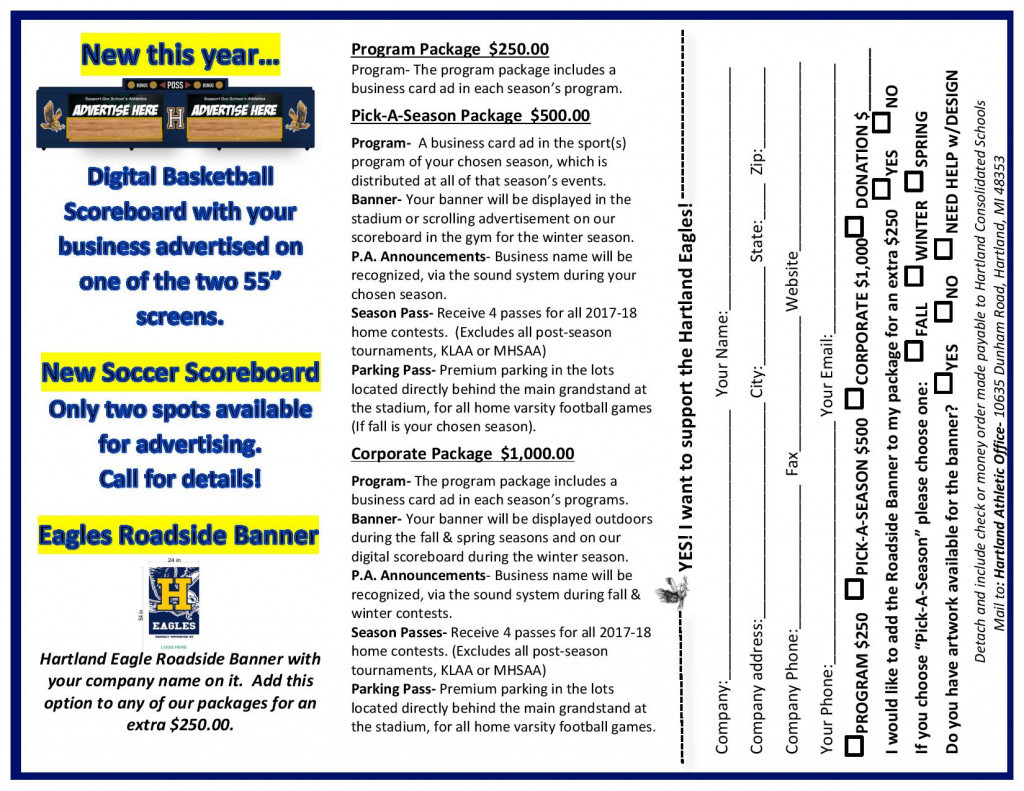 The Hartland High School Softball Program is hosting its second annual Hit-A-Thon on Thursday, April 27, 2017, and we are looking for your help! Funds raised from this Hit-A-Thon will benefit the Hartland Softball Program. By sponsoring our fundraiser, your pledge will allow us to continue to provide both JV and Varsity players with uniforms, gear, and team equipment.

You can pledge a “per foot” amount or make a flat amount donation. Please sponsor our fundraiser, and help us have an accomplished and successful softball season by following the link below:

On behalf of everyone here at Hartland Athletics, We’d like to thank you for your continued support of hartlandeagles.com.  With your support, we have earned a place in the Top 15 most visited sites (15th place) in Michigan, and the Top 100 Nationally (96th Place).  We hope that you help us to continue to achieve success as the site continues to develop!

The Rankings can be seen Below: 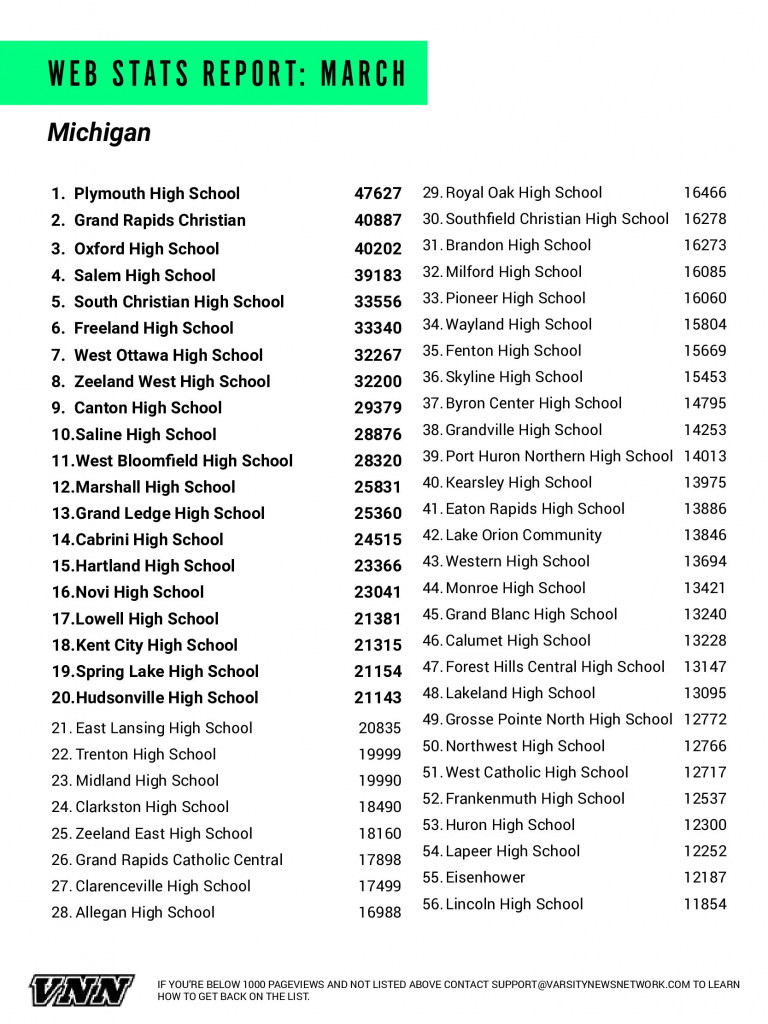 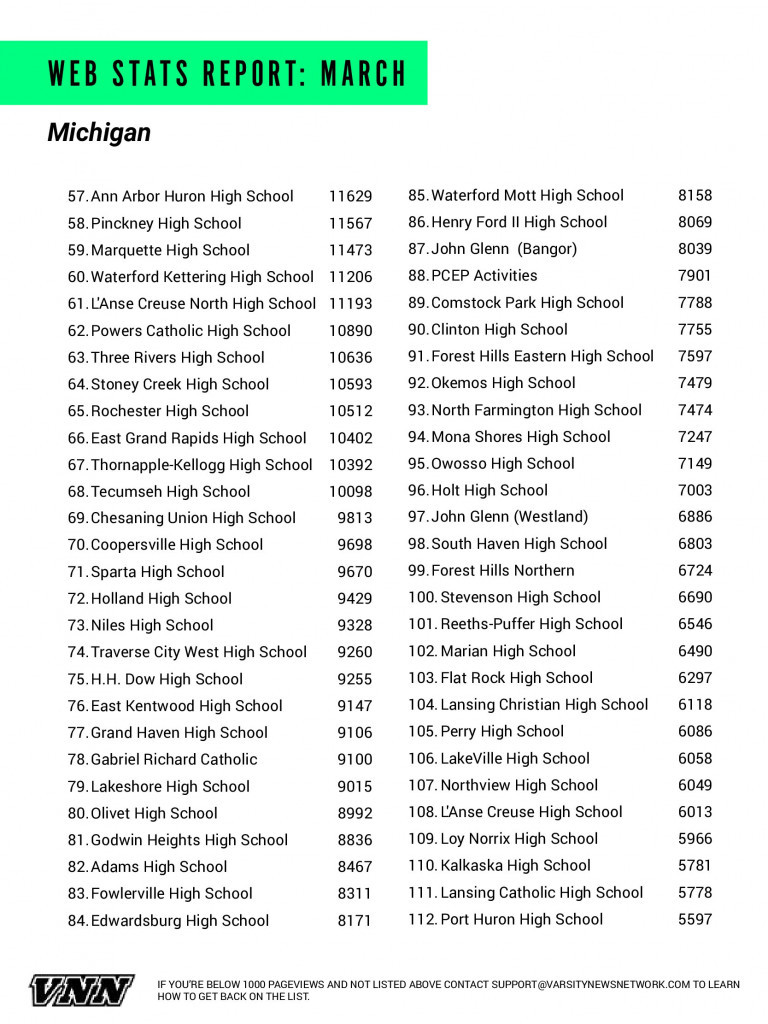 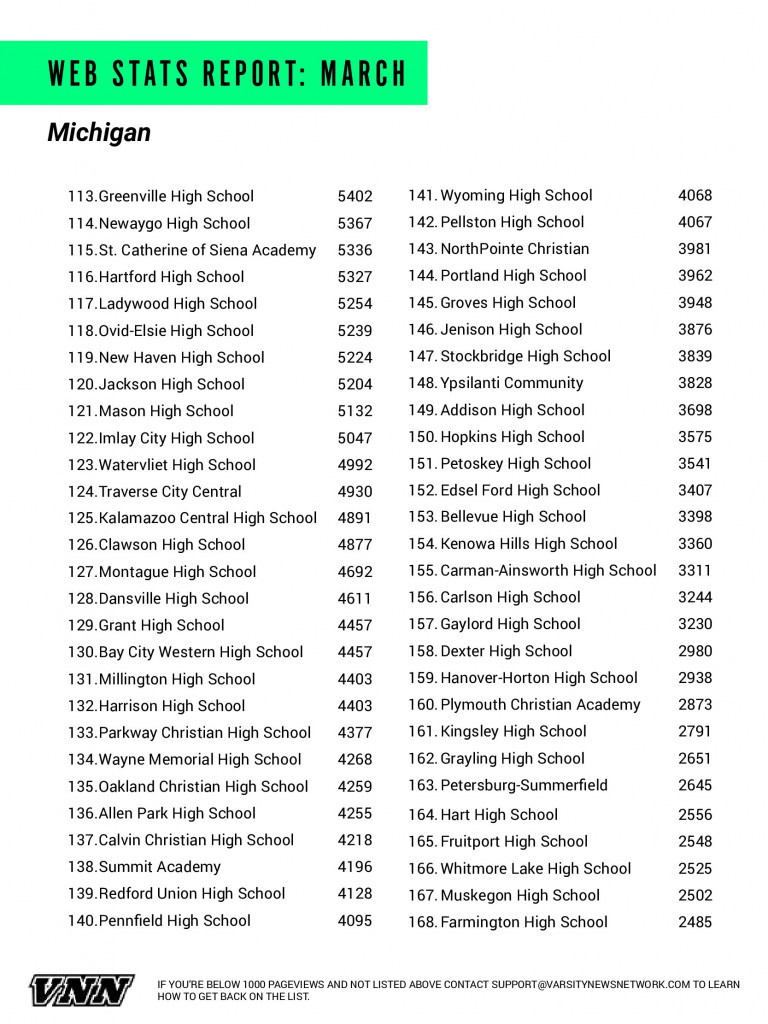 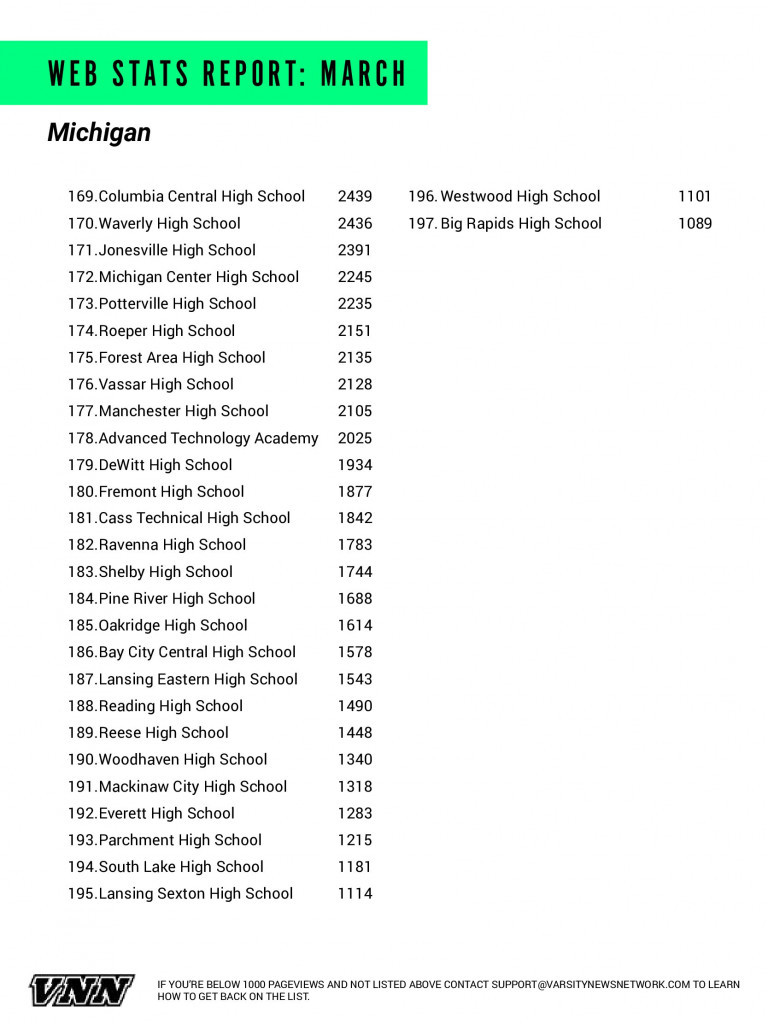 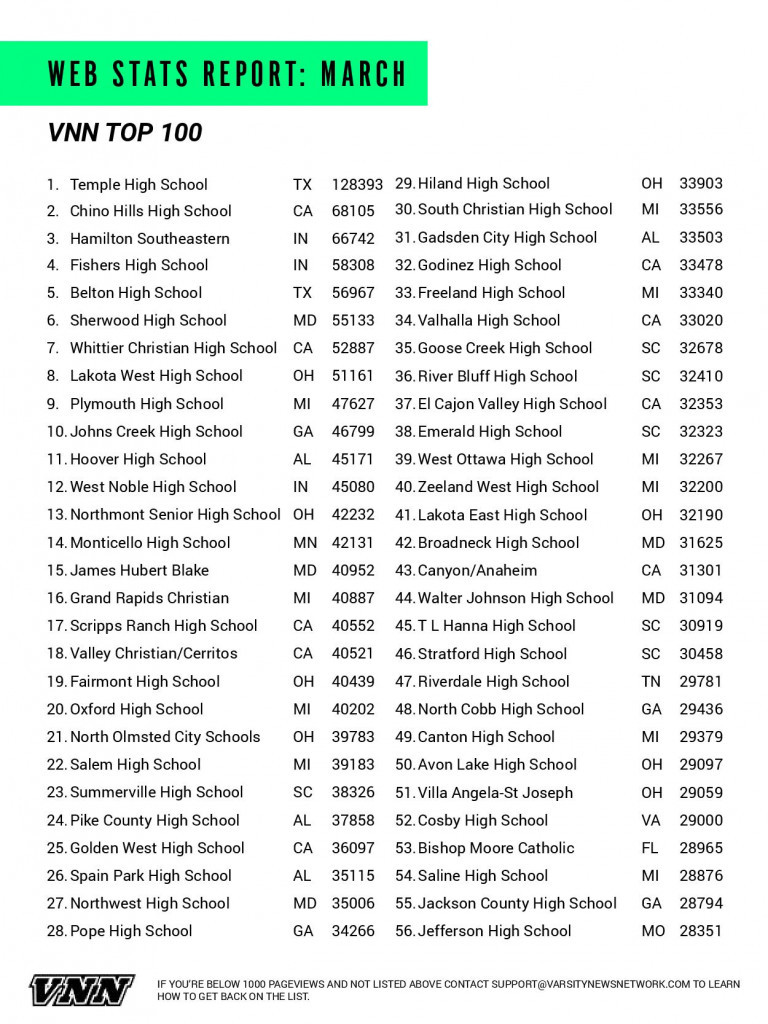 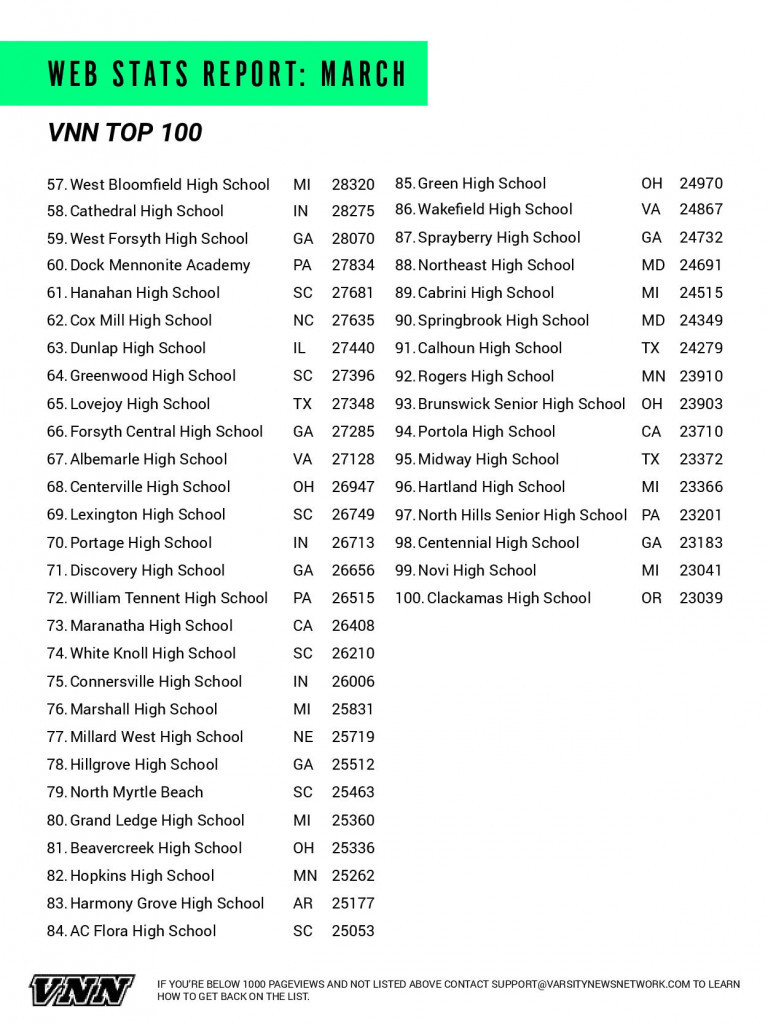 What are mouthguards actually used for?

Technically speaking, mouthguards can be used for many things. Around here at SISU HQ, sometimes we like to make unique artwork out of our mouthguards (see photo). I’ve also heard some mouthguards make great dog toys, too. But one of the most important things they can’t do is protect against concussions. 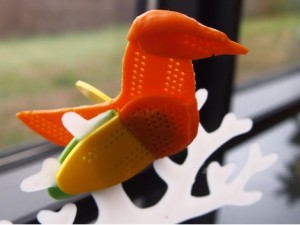 Inside the skull, the brain is surrounded by cerebrospinal fluid to cushion it from light impact. With more severe head blows, this fluid is not enough protection. So when you get hit in the head, the force of impact slams your brain into your skull causing a concussion. Think of a concussion as whiplash for your brain.

People who try to claim that mouthguards protect against concussions often refer to one or both of the following studies from the 1960’s:

The issue with these studies is that they are non-conclusive. The main hypothesis is that if there is a 4mm space between your teeth, force may not travel through the jaw and to the brain. Although the studies point towards a possible effect of decreased force transfer, they did not prove that there was any decrease in concussions or brain trauma.

A comprehensive peer review of these studies was conducted by Knapik et al in 2007 and found that, “.. the evidence that mouth guards protect against concussion was inconsistent, and no conclusion regarding the effectiveness of mouth guards in preventing concussion can be drawn at present.” (Knapik, “Mouthguards in Sport Activities: History, Physical Properties and Injury Prevention Effectiveness”. 118).

He added, “ The inconsistency among studies is problematic and makes it impossible to determine conclusively whether mouthguards reduce concussion risk at present.” (p. 139)

Despite these facts, some successful marketing techniques of mouthguard companies were successful in convincing parents, coaches and players that mouthguards can protect against concussions. They were endorsing the claims with out actually analyzing the evidence.

Recently Brain Pad Inc. settled a case and was forced by the Federal Trade Commission (FTC) to remove claims of protective properties for concussion. FTC also started to crack down on mouth guard retailers who were claiming that mouthguards protect against concussions as a selling point.

“Given all of the news reports in the past few years about concussions, retailers should be vigilant in reviewing claims made for products they are selling for young athletes,” said Jessica Rich, Director of the FTC’s Bureau of Consumer Protection.

So what is a mouthguard actually used for? The purpose of the mouthguard is to protect against dental injuries. With over 5 million avulsed teeth and $500 million spent on replacing them every year, there is a real need for dental protection in sports. As much as we wish there was this added benefit of mouthguard, there is no conclusive evidence that allows us to make these claims.

Amidst the concussion spotlight in football, this topic has never been more crucial. Believing in concussion protection from mouthguards gives players a false sense of protection that could endanger them and can result in legal liability for mouthguard manufacturers.

Get your VNN Sports mobile app today and keep track of your EAGLES!

This app will let you follow your school teams from the road or the couch – just subscribe to the schools and teams you want to follow, and the app will deliver the news, alerts, schedules, directions and photos you want direct to your smartphone.

Get the VNN app in your the App Store or on Google Play! 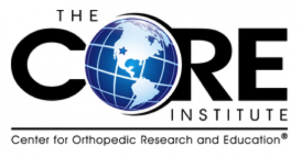 Business Descriptions: Sports medicine and orthopedic surgery, including reconstruction and arthroscopy of the knee, shoulder, and elbow. 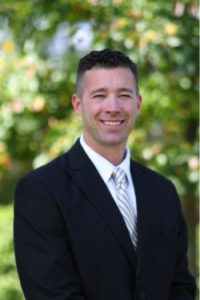 Periodically we will feature those businesses that play a huge role in Hartland Athletics.  Please support these businesses!  If you are interested in becoming a Corporate Sponsor, please contact our Advertising Coordinator Rachael Wright at rachaelwright@hartlandschools.us.