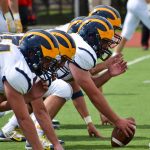 By Tim RobinsonDaily Press & Argus It’s not as heralded as each of their respective rivalries with Brighton, but Hartland and Howell in recent years has become a well-played, close rivalry. Over the last six years, Howell holds a 4-3 advantage (in 2008, the teams split, with Howell winning in the regular season and Hartland 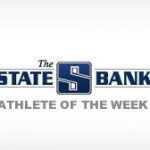 Cameron Gwinn (Boys Soccer), Brett Oliver (Football), Courtney Phelps (Girls Golf), and Sara Jensen (Volleyball) are this week’s winners of the State Bank Athlete of the Week Award. Gwinn, the Senior Goalkeeper and Co-Captain recorded 20 saves to lead the Eagles to a close 1-2 loss against Brighton and a tie against Milford. Senior Co-Captain

Varsity Volleyball Thursday September 4th, 2014 06:30 PM Eagles Away 0 @ Eagles Home 3 Game Recap LElizabeth Storm led the team with nine kills, five aces, and six digs. Sarah Jensen led the team in assists, with 24 as well as adding her own 5 aces. The team, combined, had a total of 17 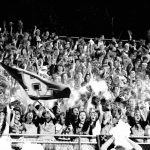 The 2014 Football season begins tonight.  Here is some helpful information: Arrival: Make sure you arrive early.  Tonight we are honoring our HAYAA Football, Pom, and Cheerleaders before the game so come cheer for our future athletes. Parking: General parking is open in front of the High School. Reserve parking passes are available for the

Haley Larsen (Girls Golf) and Sarah Skinner (Volleyball) are this week’s winners of the State Bank Athlete of the Week award. Haley shot an 86 (personal best) to lead the golf team to a 3rd place finish in the Seaholm Tournament at Hudson Mills Golf Course.  The next day, Haley shot another personal best of 82 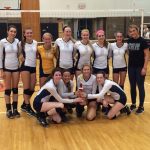 The Varsity Volleyball team open the season by capturing the Linden Invitational Championship this weekend.  After finishing second last year to Midland Dow, the Eagles got revenge by beating Dow in the finals this year.  Congratulations ladies. 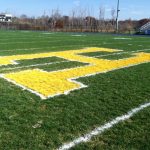 Hartland Athletics now has official Hartland Under Armour clothing available for sale.  This sale is only open until August 15, so don’t delay.  Your completed order will be delivered to the Athletic Office the week of September 5 for pick up. You can order reach the website by going to hartlandathletics2014.itemorder.com. 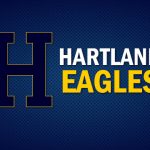 Students participating in athletics this fall can now register online.  Registration takes care of all the paperwork that parents and students need to complete prior to the season.  You can find the fall registration link under the Forms tab. Students must turn in a completed current physical prior to the start of tryouts/practice.  Physicals must